Welcome at a new episode of our CDHK Academy, today I have a nice lecture for you about the Renga, the chained poem, the "mother of renga".

This Carpe Diem Lecture is about renga the 'mother of haiku' so to say. Haiku has originated from the Renga. Renga was (is) a chain of poems in which several poets took part. The most haiku by Basho for example are written for Renga. That could be the 'hokku' or the starting verse or as one of the links of the chain.
There are several different forms of Renga and in this lecture I will tell you more about the so called 'Tan Renga', but that's later on. Let us first look at the original renga. The original renga could have 100 linked verses. But there was a strong form, called kasen renga that had 36 links. For this kasen renga there were a few rules. In a kasen renga there had to be a reference to flowers twice (mostly Cherry Blossom) and three times to the moon. These references are called: hana no za 'the seat of flowers' and tsuku no za 'the seat of the moon'. The first stanza was called 'hokku' and the final stanza was called 'ageku' and had to refer to the first stanza to 'close' the chain of poems.
How to write renga?
As a renga is collaborative poetry, it is important that there be enough people to participate. Although solo renga have always been and continue to be written, three to four is considered the minimum number for a renga group, called an ichiza, and upward of fourteen to fifteen may be possible under an experienced sōshō  ( "renga master"). For online renga collaborations, the sōshō would be the one to select a verse from among those posted or sent.
The essence of renga is in the idea of "change" (henka?). Bashō described this as "newness"  (atarashimi), and as "refraining from stepping back". The fun is in the change, the new, the different, and the interesting verses of others.
In Japan a renga starts with a hokku of 5-7-5 sound units by one of the guests - usually the most honored or experienced. This is followed by the second verse of 7-7 sound units, called the waki ("side"), and then by the third verse of 5-7-5 sound units, called the daisan ("the third"). The next verse will be 7-7 sound units, and this pattern is repeated until the desired length is achieved. It is common in English to use forms that show the number of the verse, how long it is to be, whether the moon or flowers should be mentioned, when one author takes two links at once. Since the renga of different lengths have different schemes for how many verses are given to each season and non-seasonal verses, it is easiest to use one of the available forms so that everyone understands and follows the same program.
The kasen renga, favored by Bashō because it was easier to complete 36 verses in one night than the normal 100-link renga, has three sections of development. The beginning, called the jo should reflect the atmosphere of the beginning of a social evening - everyone is very polite, restrained, cautious and referring to the reason for the gathering. The middle part of the kasen renga (verses 7 - 29) are more loose, and will include themes not allowed in the beginning and end such as love, religion, and laments. This reflects the conversation flow during dinner when the wine has been consumed and the participants are feeling free and friendly. The kyu is the rapid finish and involves the last six verses. The speed in this section is much like the broken conversation of people as they prepare to leave the party and people are quickly winding up their conversations. This pattern of pacing the poem is taken from the classical music. The ageku is the final verse. It is considered fine if the final verse makes some reference or has a tie to the hokku or beginning verse. Renga are often hard for Westerners to read and understand (and therefore to write) because there is no narrative or chronological order. Even the links that are written are not to be impressive or informative. The whole object of renga is to show what happens between the links. A renga and its participants are judged on how well each link relates to the previous one. There is a whole study of the various techniques and methods of linkage. The most common one used by beginning English writers is simple stream of consciousness. The previous verse reminds the writer of something else and then adds that image to the poem. The book by Earl Miner and Hiroko Odagiri, a translation of The Monkey’s Straw Raincoat Princeton, NJ: Princeton University Press, 1981 is the best book to study these subtle changes in this famous work done by Bashō and his students. It is recommended to take turns (hizaokuri?) for a small ichiza so that everyone participates equally. For larger ichiza, the dashigachi ("the outgoing one wins") rule is recommended so the best verse would be selected. The renga master, or person with the most experience with renga, guides the participants, making sure the seasons and themes are correct and will be responsible for the correction of errors.
As I said earlier in this lecture I will look at the Tan Renga, it's a two stanza renga and looks similar with the Tanka. A Tan Renga is always written by two poets, but can also be written by a soloist.
Writing Tan Renga is fun and it learns you to associate on the verse of another haiku poet or on a haiku by yourself.


It's a beauty don't you think?
Another one, now associated on horizon:
on the thin line of the earth
the air shimmers above the sea
Let's place the both stanza together as one:

Live every day as if it was your last.

Dear Haijin, visitors and travelers, Welcome at a new episode of our CDHK Academy, today I have a nice lecture for you about the Renga,... 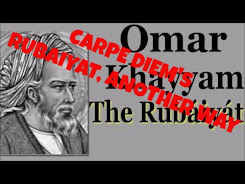 History of the CDHK Academy